Administration Shariatpur District was formed on 1 March 1984. Of the six upazilas of the district bhedarganj is the largest (311.24 sq km) and damudya is the smallest (91.76 sq km). 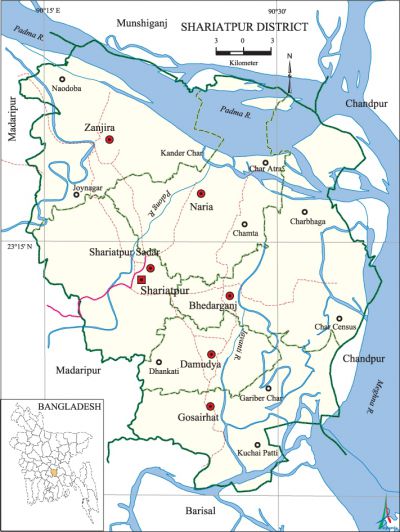