Administration Bhedarganj Thana was turned into an upazila in 1983 and Bhedarganj Municipality was formed in 1997.' 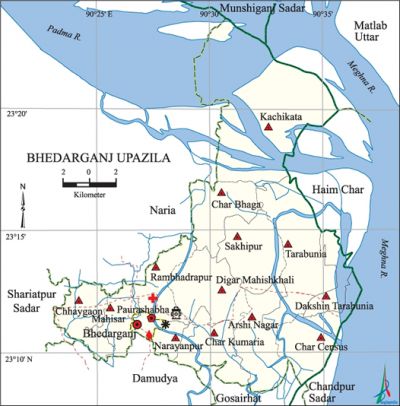 Archaeological heritage and relics Ashram of Digambari Ma at Mahisar.

History of the War of Liberation During the war of liberation in 1971 the Pak army in collaboration with their local agents conducted mass killing and destruction in the upazila. Many freedom fighters were killed in two skirmishes and in one direct battle with the Pak army.