Administration Sulla Thana was formed in 1919 and it was turned into an upazila in 1983. 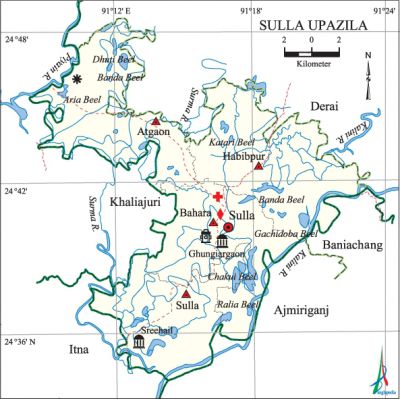 History of the War of Liberation In 1971 this upazila was under Sector 5 of the war of liberation. During this time the Pak army conducted mass killing, torturing and plundering; they also set many houses of the upazila on fire. Sulla upazila was liberatd on 7 December.

Natural disasters Many people were victims of the earthquake of 1897; it also changed the course of the river. Besides, the floods of 1955, 1974, 1988 and 1998 and the tsunami of 2004 caused heavy damages to settlements, livestock, and crops of the upazila.