Administration Tarash Thana was turned into an upazila in 1983. 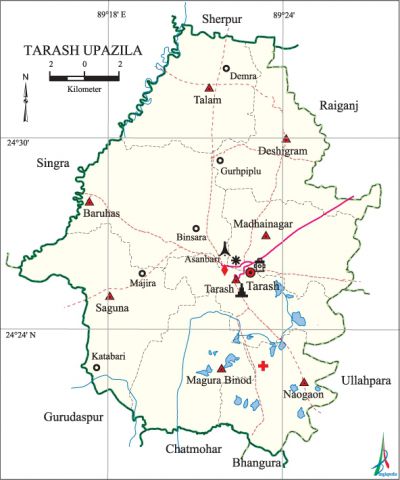 History of the War of Liberation During the war of liberation in 1971 a battle was fought between the freedom fighters and the Pak army at Naogaon in which 130 Pak soldiers and Razakars were killed.

Marks of the War of Liberation Mass grave 1 (at village Asbaria of Magura union.)