Administration Sherpur Thana was formed in 1962 and it was turned into an upazila in 1983. 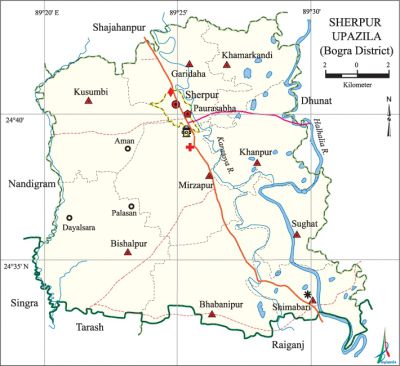 Natural disasters Numerous people were victims of the earthquake of 1885.