Bhola District (barisal division) area 3737.21 sq km, located in between 21°54' and 22°52' north latitudes and in between 90°34' and 91°01' east longitudes. It is bounded by lakshmipur and barisal districts on the north, bay of bengal on the south, Lakshmipur and noakhali districts, Meghna river and Shahbazpur channel on the east, patuakhali and Barisal districts and Tentulia river on the west. 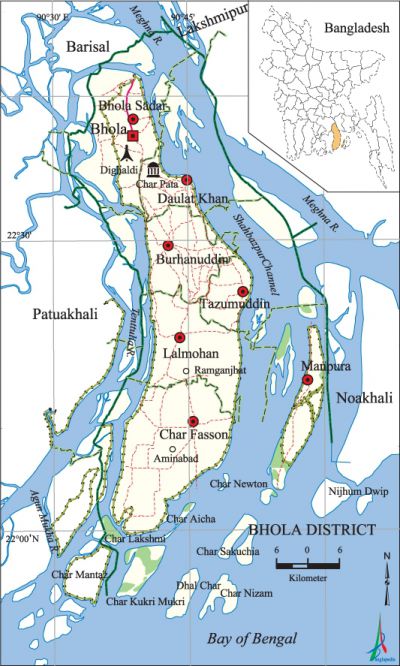 Marks of the War of Liberation Mass grave 1, Memorial sculpture 2.

See also Upazilas of the district.