Administration 'Daulatkhan Thana was formed in 1872 and it was turned into an upazila on 1 August 1983. 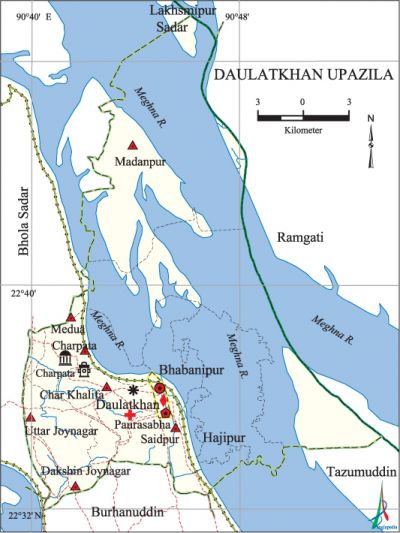 History of the War of Liberation During the war of liberation in 1971, the Pak army conducted heavy plundering, genocide and set many houses on fire in the upazila. The Pak army brutally killed Abdul Hamid, the then circle officer of Daulatkhan, and his wife in presence of their children.