Administration Brahmanbaria Thana was turned into an upazila on 15 February 1984; Brahmanbaria Municipality was formed in 1869. 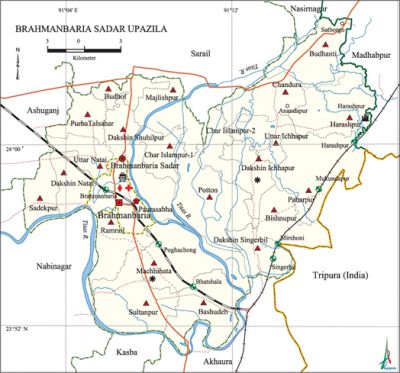 Marks of the War of Liberation Memorial monument 3; Memorial sculpture 1.