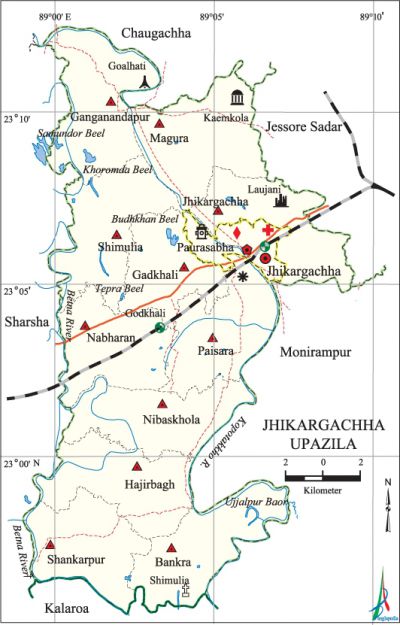 Archaeological heritage and relics Remnants of the Rajbari of Mukut Roy at Laujani (12th century), Dargah Jami Mosque of Gazi Kalu (Kayemkola, Magura), Church of Our Lady of the Rojari (Shimulia).

History of the War of Liberation In the month of April 1971 the Pak army brutally killed many people at Krishnapur. bir srestha nur mohammad sheikh was killed on 5 September at village Goalhati (Ganganandapur union) in an encounter with the Pak army. Jhikargachha was liberated on 6 December.