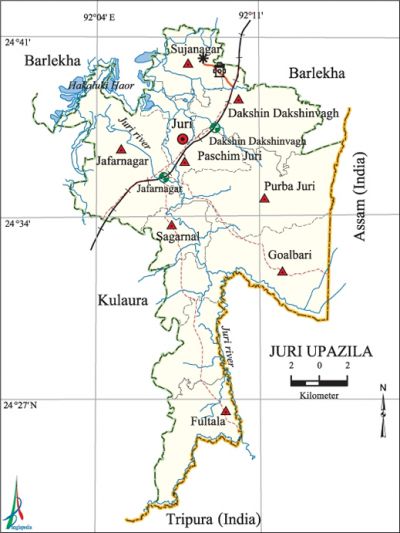 History of the War of Liberation During the War of Liberation, the freedom fighters of this upazila conducted operations in different tea gardens against the Pak army and destroyed a number of culvert and bridges. On 2 and 3 December 1971, fierce battles were fought between the allied forces and the Pak army at Fultala, Sagarnal and Kapnapahar. Juri upazila was liberated on 4 December 1971.

Marks of the War of Liberation Mass killing site 1 (Jagadhari pond behind the Juri High School).

Hats, bazars and fairs Hats and bazars are 15.

Health centres Hospital 1, union health and family planning centre 6, community clinic 20. Besides, each tea garden has its own health centre for tea labourers.