Administration Narsingdi district was a Sub-division under greater Dhaka district and was turned into a district in 1984. 'Of the six upazilas of the district raipura is the largest (312.77. sq km) and palash is the smallest upazila (94.43 sq km). 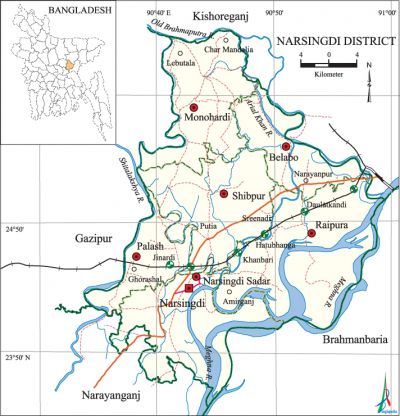 Folk culture Notable folk culture include Dipanvita Bhiatrie Ditiya (occasion of putting kazol and sandal paste on the forehead of brothers by their sisters aspiring for welfare of brothers), Punnah, Jamai Shasthi, etc.