Administration Gazipur District was formed in 1984.' 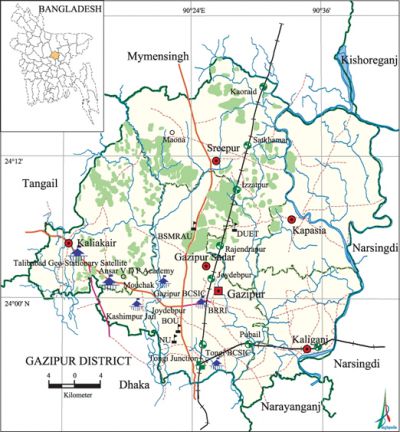