Administration Saghatta Thana was formed in 1905 and it was turned into an upazila in 1984. 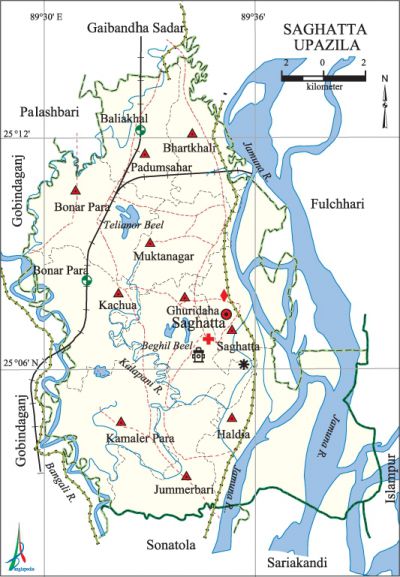 History of the War of Liberation During the war of liberation an encounter was held between the freedom fighters and the Pak army at a place called Bhanga Mor (corner) on the superb of Saghatta upazila in which one Pak Major and a soldier were killed. In another encounter at Trimohoni Ghat, 27 Pak soldiers were killed and so were 12 freedom fighters. During the War of Liberation the freedom fighters killed 17 razakars of the upazila. The Pak army destroyed the bridge on the Badiakhali Road and the Singra Railway Bridge; they also set the Bharatkhali jute godown on fire.