Sonadanga Thana (Khulna metropolitan) area 8.42 sq km, located in between 22°50' and 22°51' north latitudes and in between 89°31' and 89°34' east longitudes. It is bounded by khalishpur thana on the north, kotwali thana on the south and east, dumuria and batiaghata upazilas on the west.

Administration Sonadanga Thana was formed in 1986. 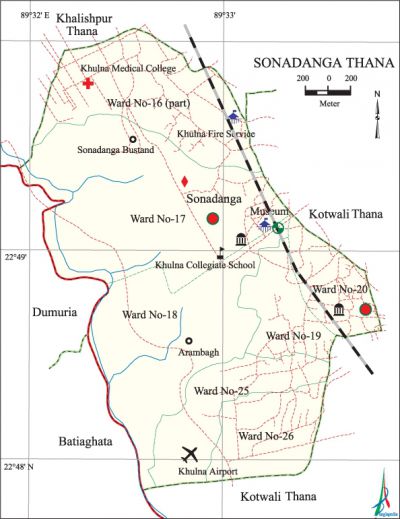 Marks of the War of Liberation Memorial monument 1 (Gollamari).