Administration Thanchi Thana was formed in 1976 and it was turned into an upazila in 1985. 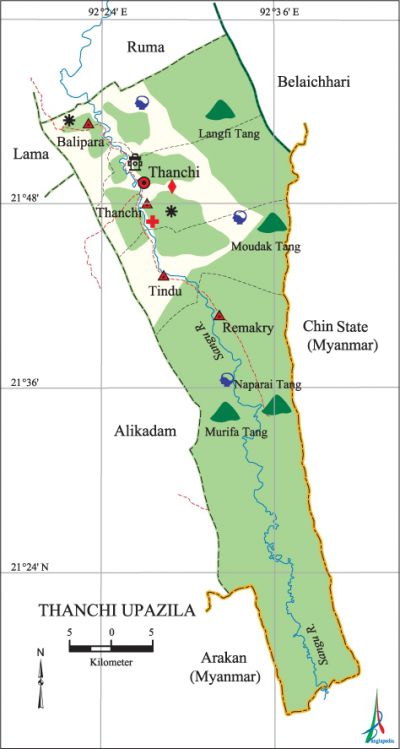 Historical events The Burma-British War of 1824 resulted in inclusion of Arakan as one of the provinces of British India. This had eased the migration of the Arakanese to Thanchi and its neighbouring areas. The migrants later became permanent settlers in the area and were recognised as residents by Regulation-1 of 1900, popularly known as the Chittagong Hill Tracts Manual.