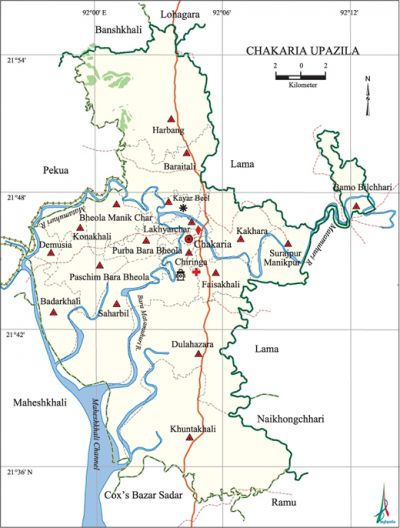 History of the War of Liberation During the war of liberation in 1971 the Pak army shot 13 villagers dead and burnt more than one hundred houses and shops in different places of the upazila.

Natural disasters The devastating cyclone and the tidal bore of 29 April 1971 caused serious damages to the upazila with a death of 16705 persons.