Dinajpur Sadar Upazila (dinajpur district) area 354.34 sq km, located in between 25°28' and 25°48' north latitudes and in between 88°34' and 88°46' east longitudes. It is bounded by kaharole and khansama upazilas on the north, west bengal state of India on the south, chirirbandar upazila on the east and biral upazila on the west.

Administration Dinajpur Sadar Thana was formed in 1899 and it was turned into an upazila in 1984. 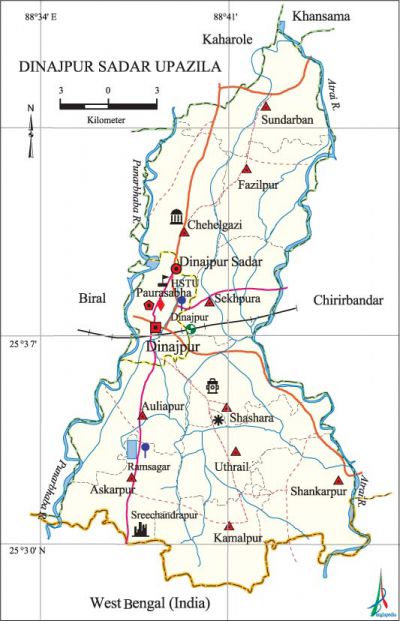 Natural disasters The earth quake of 1897 caused heavy damages to life and properties including' settlements of the upazila. The flood of 1968 caused damages to 95% settlements and 90% crops. Besides, it completely disrupted the railway communications.