Administration Gopalganj district was established in 1984. Earlier it was a subdivision under Faridpur district. Of the five upazilas of the district gopalganj sadar is the largest (391.35 sq km, it occupies 26.27% of the total area of the district) and tungipara is the smallest upazila (127.25 sq km). 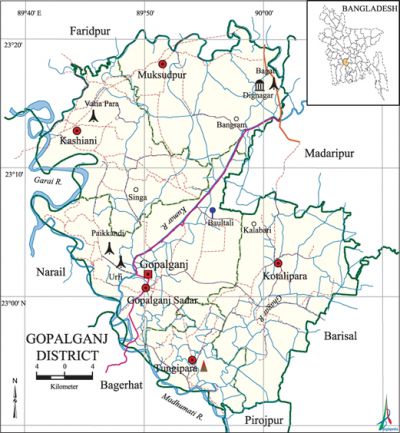