Administration Faridpur District was formed in 1815 and Faridpur Municipality was established in 1869. Of the eight upazilas of the district faridpur sadar is the largest upazila (407.02 sq km) and alfadanga is the smallest upazila (136 sq km). 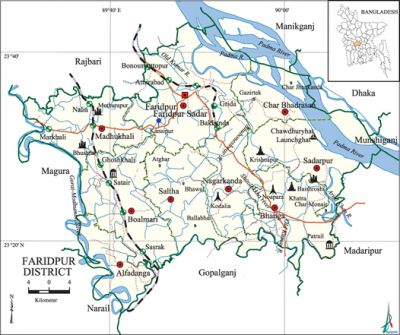