Administration Haimchar Thana was formed in 1976 and it was turned into an upazila in 1984. 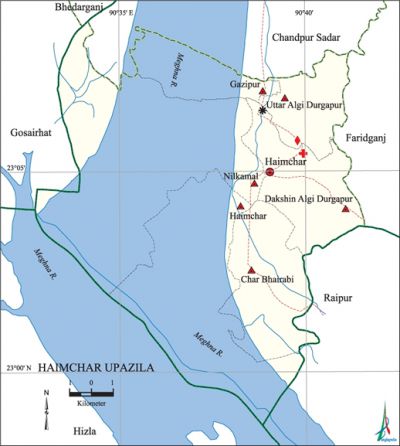 Hats, bazars and fairs Hats and bazars are 14, fairs 4, most noted of which are Char Bhairabi, Haimchar and Katakhali Bazar, Baishakhi Mela, Paush Parban Mela and Rath Mela.