Administration Kasba Thana was formed in 1908 and it was turned into an upazila on 14 September 1983. 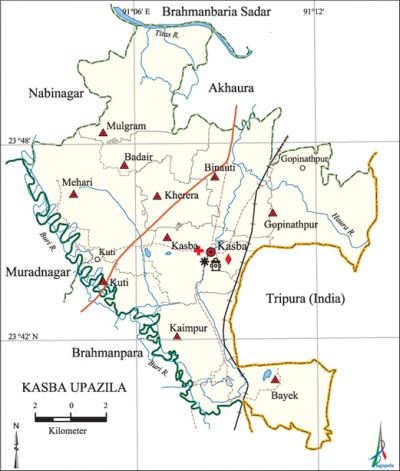 Marks of the War of Liberation Tombs of martyr freedom fighters' 8 (Lakshmipur, Kullapathar, Simrail and Jamsherpur).

Natural disasters The floods of 1988, 1998 and 2004 caused heavy damages to settlements and other properties of the upazila.