Administration Katiadi Thana was formed in 1897 and it was turned into an upazila in 1983. 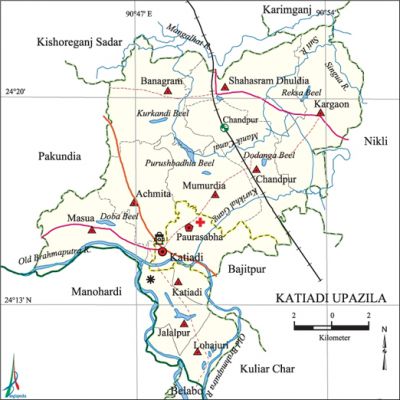 Hats, bazars and fairs Hats and bazars are 20, fairs 8, most noted of which are Katiadi, Dhukdia and Kargaon bazars, Rath Mela at Gopinath Jeo Temple and Sitala Mela.

Natural disasters The earthquake of 1918 caused heavy damages to settlements and other properties of the upazila. Besides, a large number of people were victims of the famine of 1943.