'Administration Maheshkhali Thana was turned into an upazila on 15 December 1983. 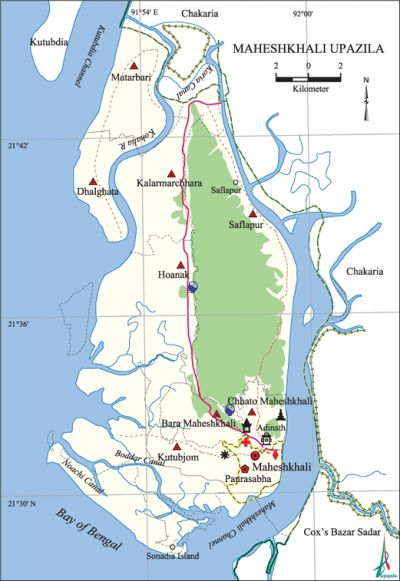 Historical events As evidenced by the Portuguese traveller Caesar Frederick and corroborated by the modern historians the island of Maheshkhali had its origin consequent upon its separation from the mainland by severe cyclone and tidal bore of 1559.

Hats, bazars and fairs Hats and bazars are 15, fair 1, most noted of which are Gorakghata Bazar, Bara Maheshkhali Bazar, Kalarmarchhara Bazar, Time Bazar and Adinath Mela.

Natural disasters Many people were victims of the cyclone and tidal bore of 29 April 1991. It also caused heavy damages to settlements, livestock and other crops of the upazila.