Administration Manirampur Thana was turned into an upazila in 1983. Manirampur Municipality was formed on 10 November 1997. 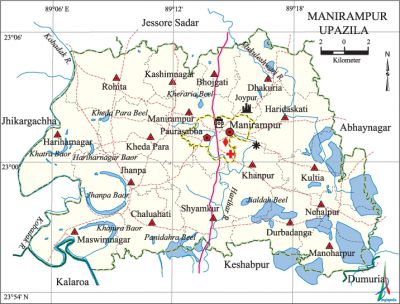 Marks of the War of Liberation Shaheed Akram Sarak (road).