Administration Muradnagar Thana was formed in 1858 and it was turned into an upazila in 1983. 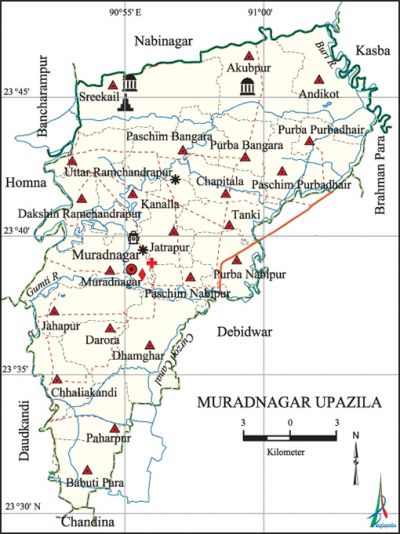 Historical events During the Mughal period Muradnagar was under Balda Khal Pargana. The people of this upazila took part in peasant and anti British movements. Direct encounters between the freedom fighters and the Pak army were held during the war of liberation in different places of the upazila in which a number of freedom fighters were killed.

Hats, bazars and fairs Hats and bazars are 80, most noted of which are Ramchandrapur Hat, Companiganj Hat, Hatkhola and Piparia Hat.