Administration Noakhali district, whose earlier name was Bhulua, was established in 1821. It was named Noakhali in 1868. 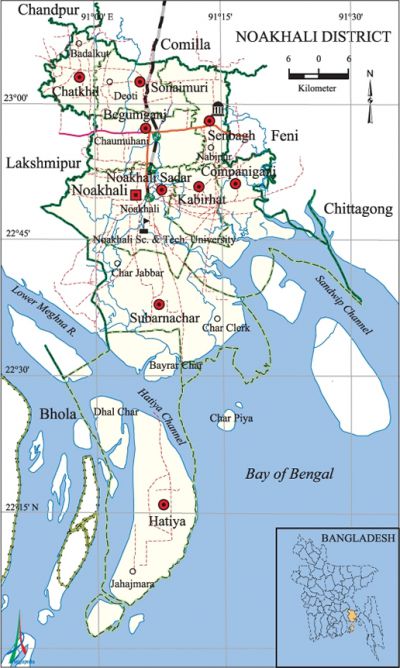