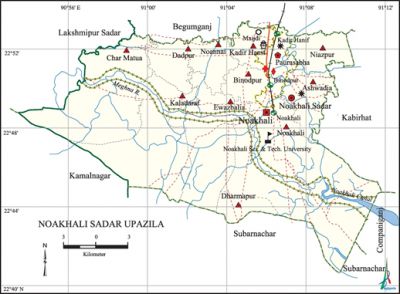 History of the War of Liberation The Pak army entered into Noakhali sadar, for the first time, on 22 April 1971. On 18 June they brutally killed 70 innocent persons at village Sreepur of Sonapur area. Noakhali sadar was liberated on 7 December 1971.

Natural disasters A large number of people of the coastal area lost their life due to the cyclone and tidal bore of 12 November 1970.