Administration Sharsha Thana was formed in 1910 and it was turned into an upazila on 3 July 1983. 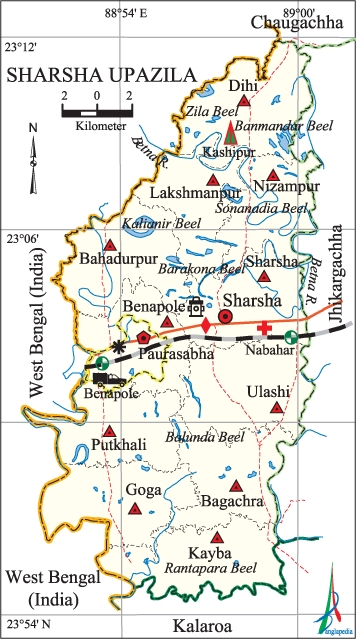 History of the War of Liberation During the war of liberation 12 freedom fighters were killed in an encounter with the Pak army at Kagajpukur near the Benapole border. Besides, the Pak army sacked three nearby villages.

Marks of the War of Liberation Memorial monument 2; the grave of Birsrestha nur mohammad sheikh (located at village Kashipur in Dihi Union).