Sutrapur Thana (Dhaka metropolitan) area 2.08 sq km, located in between 23°41' and 23°43' north latitudes and in between 90°24' and 90°25' east longitudes. It is bounded by paltan, motijheel and sabujbagh thanas on the north, keraniganj upazila on the south, Sabujbagh, jatrabari and gendaria thanas on the east, kotwali and bangshal thanas on the west. 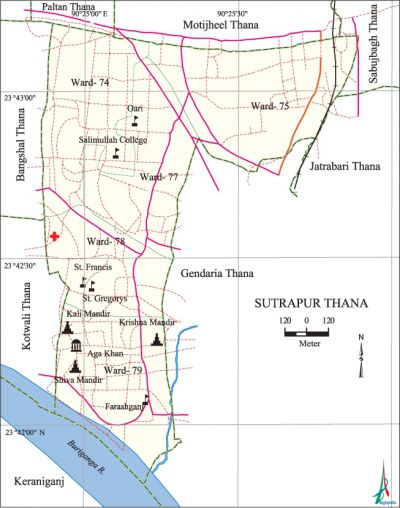