Tejgaon Thana (Dhaka metropolitan) area 2.74 sq km, located in between 23°44' and 23°46' north latitudes and in between 90°23' and 90°23' east longitudes. It is bounded by kafrul, cantonment and tejgaon industrial area thanas on the north, kalabagan and ramna thanas on the south, Tejgaon Industrial Area thana on the east, sher-e-bangla nagar and kafrul thanas on the west. 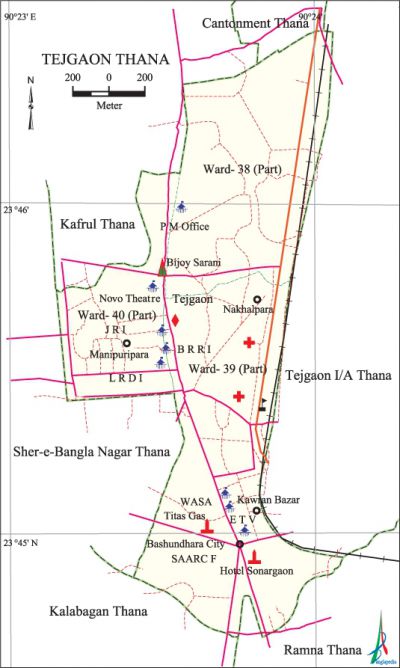