Barkal Upazila (rangamati district) area 760.88 sq km, located in between 23°39' and 23°14' north latitudes and in between 92°11' and 92°29' east longitudes. It is bounded by baghaichhari and langadu upazilas on the north, juraichhari upazila on the south, Mizoram (India) on the east and Langadu and rangamati sadar upazilas on the west.

Administration Barkal Thana was formed in 1923 and it was turned into an upazila in 1985. 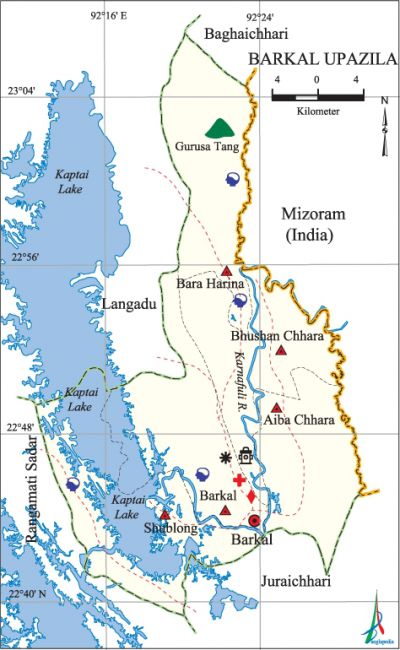 Historical events The atrocities of the Kukis increased in this region during the early part of the British rule in India. The British Government established separate district administration to control the Kukis in 1860. The government launched an extensive operation in 1872 from Tripura, Kachhar and chittagong hill tracts and destroyed the Kukis' hideouts in Lusai or Mizoram region. In 1891 and 1893 the final campaign for elimination of the Kukis were executed.