Administration Bhola Upazila was formed in 1842 and it was turned into an upazila on 1 February, 1984. 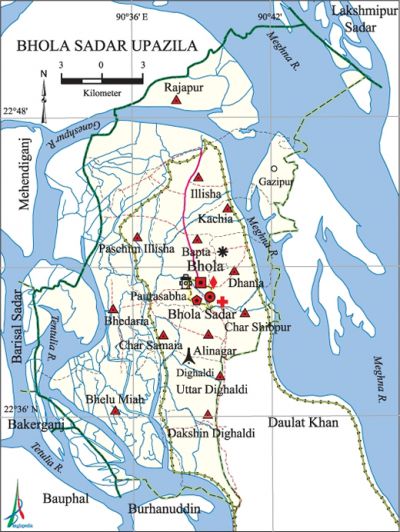