Administration Char Rajibpur Thana was formed in 1977 and it was turned into an upazila on 1 August 1983. 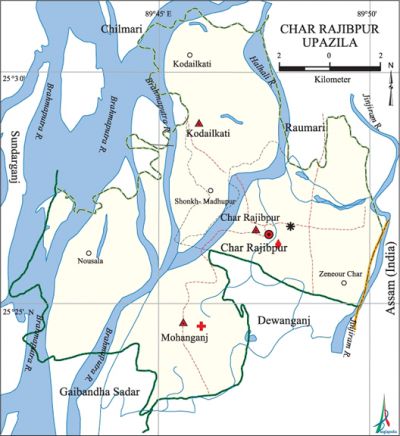 History of the War of Liberation During the war of liberation, a direct encounter was held between the freedom fighters and the Pak army at Kodailkati union in which several Pak soldiers were killed and so were 11 freedom fighters. The Pak army killed 40 persons at village Sankar Madhabpur of this union.

Hats, bazars and fairs Hats and bazars are 5, most noted of which are Rajibpur Hat and Baishakhi Mela and Paus Mela.

Natural disasters The famines of 1943 and 1957, and the cyclone of 1960 caused huge loss of life and damages to settlements and properties of the upazila.