Administration Kishoreganj Thana, now an upazila, was formed in 1921.

History of the War of Liberation In May 1971 the Pak army, in collaboration with the local razakars captured Rabindranath Kundu (noted businessman) and killed him after 8 days. In the same way the Pak army also killed Mustafizur Rahman on 11 December. On 14 December a battle was fought between the joint forces (freedom fighters and the allied forces) and the Pak army in which two freedom fighters were killed. 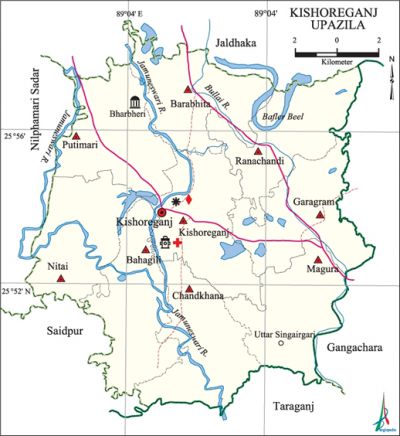 Cottage industries bamboo work, wood work, blacksmith, tailoring are notable. Besides, cocoons are produced in the upazila by women labour.