Water bodies Main river: kaptai lake occupies about one-fifths of the total area of this upazila.

Administration Naniarchar Thana was formed in 1979 and it was turned into an upazila in 1983. 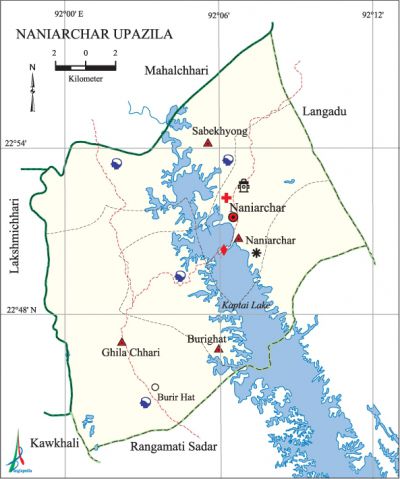 History of the War of Liberation Many people were killed or wounded in an encounter between the freedom fighters and the Pak army at village Kadamtali under Burighat union of the upazila. In 1971 Freedom Fighter Lance Naik Birsrestha munshi abdur rauf was killed in a frontal battle with the Pak army.

Natural resources In 1982 natural gas has been detected in Burighat area; however, it has not yet been possible to extract this gas.