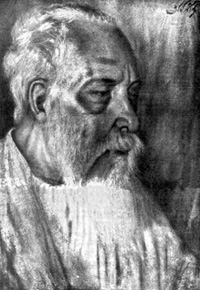 Debendranath studied at home from 1823 to 1825. In 1827 he got admitted to Anglo-Hindu College, which had been established by raja rammohun roy. After studying there for some time he began looking after his father's property and business as well as cultivating philosophy and religion. The death of his grandmother in 1938 brought about a psychological change in him. He became largely otherworldly and began studying mahabharata, upanisads, eastern and western philosophies and many other subjects. He soon lost interest in worldly affairs and started exploring the mysteries of God.

He established the 'Tattaranjani Sabha' in 1839 to facilitate discussions on different philosophies this was later renamed as Tattvabodhini Sabha. At this time he published a Bangla translation of Kathopanisad (1840).