Administration Alamdanga Thana was turned into an upazila in 1982.

Historical events In eighteen century the peasants of Alamdanga revolted against the indigo plantation. Maheshchandra Chatterjee united the peasants and led armed revolution against the indigo planters. During the war of liberation a number of rajakars and Pak soilders were killed or wounded in frontal encounters with the freedom fighters in Baliapur and Benagari villages. 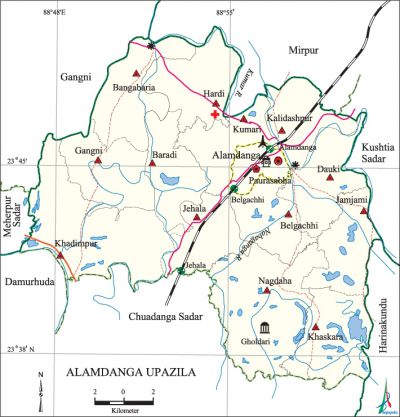 Marks of the War of Liberation 'Mass grave 1 (on the bank of GK Canal adjacent to the Alamdanga railway station).