Administration Bagerhat Thana was formed in 1842 and it was turned into an upazila in 1983. 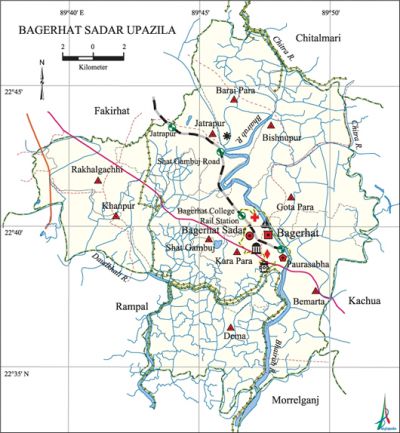 Historical events In the first half of fifteen century khan jahan ali established Khalifabad pargana covering Bagerhat, Khulna, Jessore, Satkhira and Barisal. Bagerhat was the administrative centre of the pargana. He built a Takshal (mint), several mosques and excavated a number of dighis (big ponds). During the war of liberation rajakars slaughtered 18 members of a family. Battles between the Pak army and the freedom fighters were held at Panighat, Devir Bazar and Madhav Kathi. Bagerhat was liberated on 17 December.