Barura Upazila (comilla district) area 241.65 sq km, located in between 23'14' and 23'37' north latitudes and in between 90'56' and 91'08' east longitudes. It is bounded by comilla adarsha sadar and chandina upazilas on the north, laksham and shahrasti upazilas on the south, comilla sadar dakshin and Laksam upazilas on the east, Chandina and kachua (chandpur) upazilas on the west. Some part of Lalmai hills are at the east corner of this upazila. 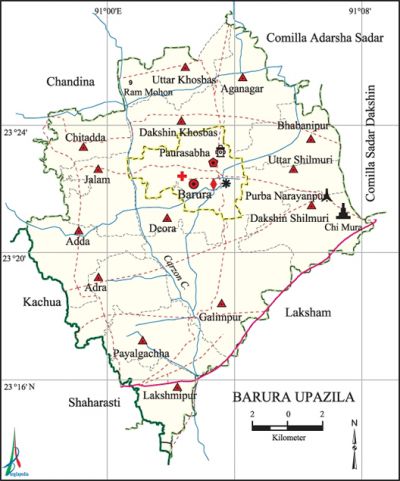 Marks of the War of Liberation Mass grave 1 (Narayanpur).