Chirirbandar Upazila (dinajpur district) area 308.68 sq km, located in between 25°31' and 25°48' north latitudes and in between 88°42' and 88°53' east longitudes. It is bounded by khansama upazila on the north, phulbari upazila and west bengal state of India on the south, parbatipur and saidpur upazilas on the east, dinajpur sadar upazila on the west.

Administration Chirirbandar Thana was established in 1914 and it was turned into an upazila in 1984. 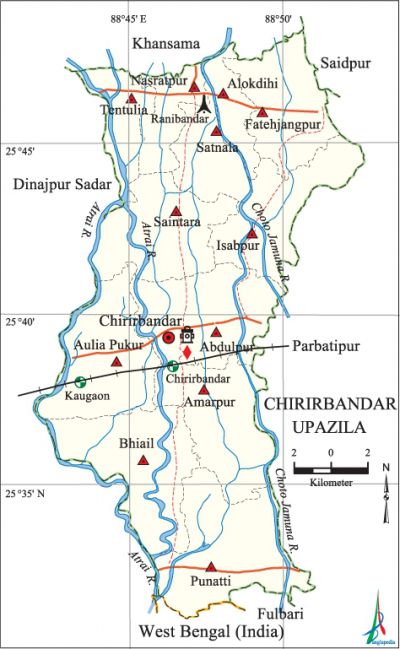 Historical Events The Muslim share cropper Samir Uddin and the Santal Shiburam Majhi were shot dead by the British soldiers in the tebhaga movement on 4 January 1947. During the war of liberation in 1971 one freedom fighter was killed in an encounter with the Pak army at a place called Dash Mile.