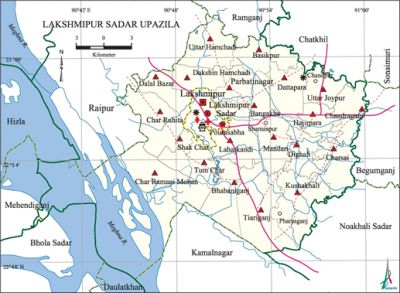 Marks of the War of Liberation Mass grave 1 (Baghbari); memorial monument 1 (Bijoy Sarani Chattar adjacent to the Court Building); memorial plate 1 (in memory of the freedom fighters preserved in the martyr memorial).

Natural disasters Many people were victims of the earthquake of 1726, tornado of 1876, epidemic cholera of 1876 and 1954, flood of 1970 and the famine of 1974. These natural disaster also caused heavy damages to settlements, crops and other properties of the upazila.