Administration Madaripur Sadar Thana, now an upazila, was formed in 1946. 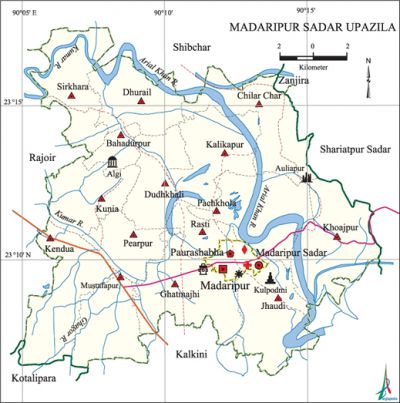 History of the War of Liberation On 24 April 1971 the Pak army killed Abdur Rashid Khan (Sub Jailer of Madaripur Sadar upazila) along with his entire family. A prolonged encounter (8 to 10 December) was held between the freedom fighters and the Pak army near the Somaddar Bridge on the Madaripur Takerhat Road in which a number of freedom fighters and Pak soldiers were killed and wounded. In this encounter the Khalil Bahini captured 40 Pak soldiers including one Major and one Captain. During the war of liberation about 53 freedom fighters of the upazila were killed.