Administration Mithapukur Thana was formed in 1885 and it was turned into an upazila on 1 February 1984. 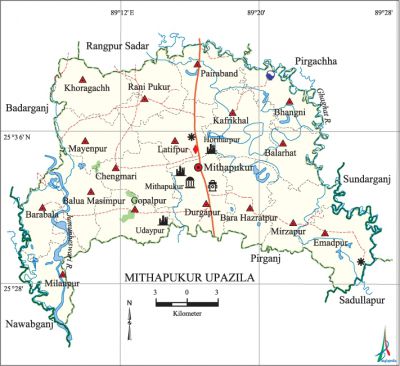 Historical events The Praja Vidraha (tenant movement) was held in Mughat Hat and Patgram during the British rule. The people of the upazila took part in Rangpur Cantonment raid on 28 March 1971. During the war of liberation direct encounters were held on the border of Pirganj-Mithapukur and the Damdama Bridge areas between the Pak army and the combined forces of the freedom fighters and the allied troops. The Pak army conducted mass killing and plundering in the upazila of which the most brutal was mass killing at Joyram Anwar Mouza in Pairaband union.