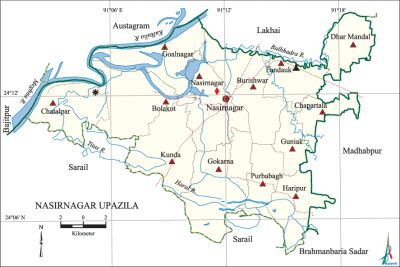 Natural disasters The cyclone of 1971 devastated Chapartala and Chitna villages; besides, the floods of 1974 and 1988 caused heavy damages to settlements and other properties of this region.