Administration Nilphamari Thana was formed in 1870 and it was turned into an upazila in 1984. 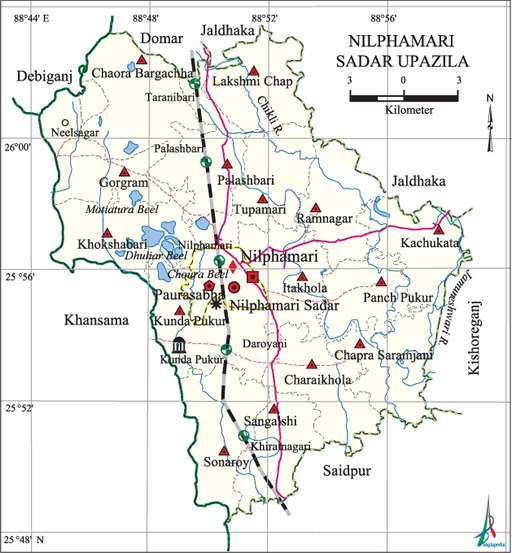 History of the War of Liberation On 7 April 1971, the freedom fighters captured 300 rifles and 10,000 ammunitions from the armoury. On 8 April the Pak army took control over Nilphamari town.