Administration Parbatipur Thana was formed in 1800 and it was turned into an upazila in 1983. 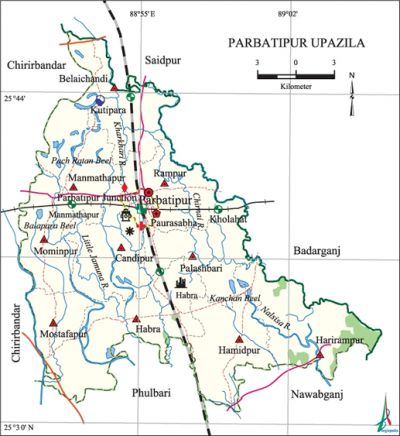 Historical events A large number of non-Bengali Muslims coming from India during the Partition of 1947 settled in Parbatipur; later they formed a very influential community. During the war of liberation the Pak army in collaboration with the Urdu speaking non-Bangalees killed many Bangalees. On 8 April 1971 the Pak army killed 300 people at Ramkrishnapur, Baghbari and Peyadapara on the south of the Kholahat and Badarganj railway lines.