Administration Sarail upazila was formed in 1990. 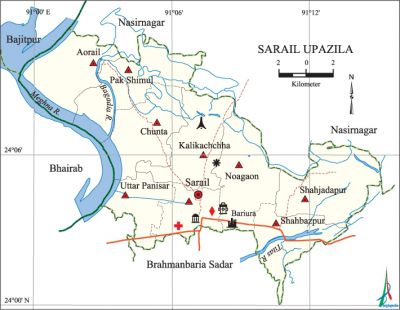 History of the War of Liberation During the war of liberation the Pak army brutally killed about 70 innocent persons of Bitghar area. On 5 May, the freedom fighters raided the Shahbazpur Pak army camp and killed 9 Pak soldiers; one freedom fighter was also killed during the raid. Besides, a number of Pak army officers and the Chairman of Sarail Peace Committee were killed. Two military vehicles were destroyed by mine explosion set by the freedom fighters at a place on the north of Kalikachchha Bazar.