Administration Shahrasti Thana was formed in 1978 and it was turned into an upazila in 1983. 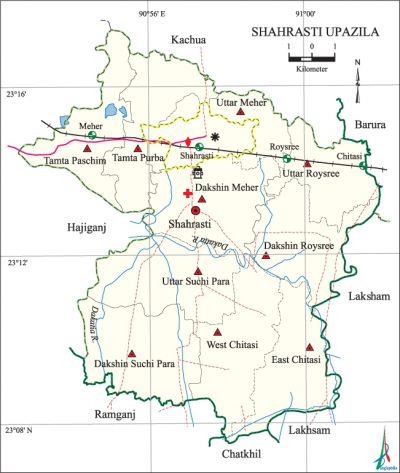 Hats, bazars and fairs Hats and bazars are 15, fairs 2, most noted of which are Thakur Bazar, Warukh Bazar, Suchi Para Bazar and Maheswari Kali Bari Mela.