Administration Sundarganj Thana was formed in 1875 and it was turned into an upazila in 1984. 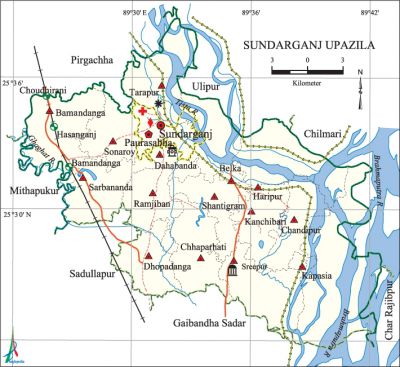 History of the War of Liberation In 1971 the Pak army conducted mass killing, torture, rape and plundering in the upazila. The Pak army tortured to death about 18 innocent persons at different places of the upazila. On the night of Sab-e-Barat in 1971 an encounter was held between the freedom fighters and the Pak army at Mather Hat. In the day following the freedom fighters dismantled the Mather Hat Bridge thereby dislocating the area from the Zila sadar.