Administration Tala Thana was formed in 1913 and it was turned into an upazila in 1989. 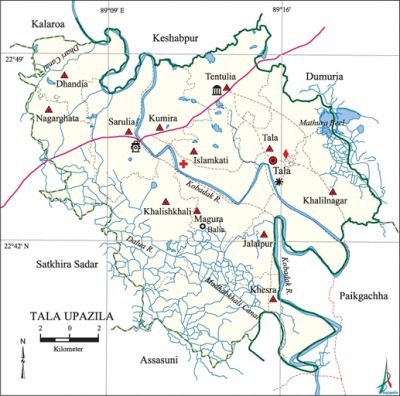 Historical events The anushilan samiti was formed in 1902 with the initiatives of Gayenandranath Basu, Sree Aurobindo and Promathnath Mitra. In 1905 intensive movement began under Raj Kumar Basu against the annulment of the Partition of Bengal. On 16 August 1909 the Anushilan Samiti, under its Secretary Shachin Mitra, conducted a robbery at the residence of Mathur Poddar of village Nangla under this upazila. A peasant conference was held under the chairmanship of peasant leader Sudha Roy in 1944 at the playground of Kumira High School.